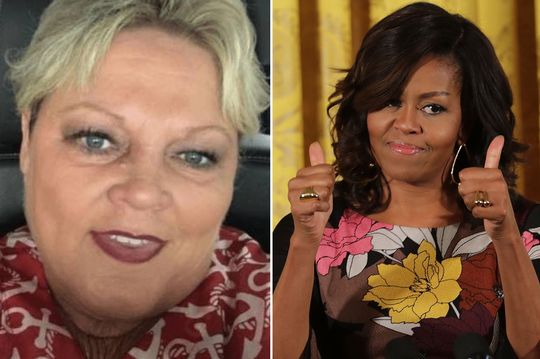 A West V!rg!nia mayor has been forced to resign over a racist facebook post which described First Lady,Michelle Obama as an ape in heels.

“It will be refreshing to have a classy, beautiful, dignified first lady back in the White House.”I’m tired of seeing an ape in heels.”

Beverly Whaling, Mayor of Clay, responded to the post, saying: “Just made my day Pam.”

Following furious backlash, the post and comments were subsequently deleted but were widely circulated online.An online petition calling for the women’s ouster drew 150,000 signatures as of Tuesday afternoon 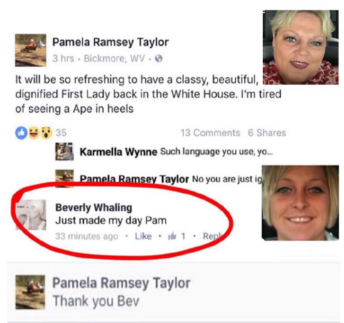 According to ABC Online,Ms Whaling issued a written apology to news media outlets saying her comment was not intended to be racist.

“I was referring to my day being made for change in the White House! I am truly sorry for any hard feelings this may have caused! Those who know me know that I’m not in any way racist!”

Taylor also resigned from her role as a director of Clay County Development Corp, a government-funded nonprofit, on Friday.

Clay is a town of some 500 people about 25 miles northeast of state capital Charleston.It has no African American residents, according to the 2010 census