Trending
You are at:Home»ENTERTAINMENT»Soulja Boy “Exposes” Chris Brown For Being A Crackhead Parent 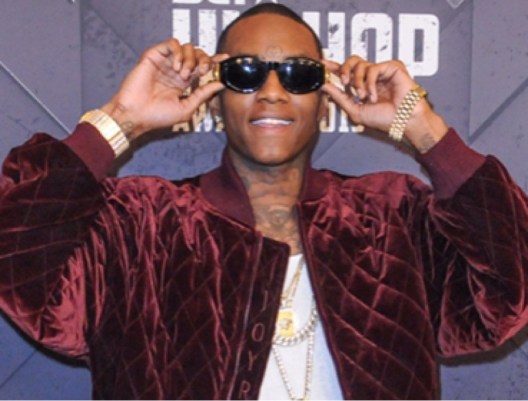 In this week’s episode of Soulja BoyVs. Everybody, not only does the whole internet make an appearance, singer Chris Brown happens to be a guest star!

Soulja Boy and Chris Brown have been beefing ever since Soulja Boy claimed that Breezy called him up and threatened him over liking some of Chris’ ex-girlfriend, Karrueche’s, social media posts.

Soulja Boy didn’t only like the posts in question, he also put heart-eyed emojis under them as well.

As you know, Chris Brown has been stalking Karrueche all week on social media letting her know that he wants that old thing back.

Both Chris Brown and Soulja Boy seem to be troubled souls, so you really don’t know who is completely telling the truth or whose side to take.

The two have been hurling insults and sending threats at each other all morning. They’ve even agreed to participate in a charitable fight.

As if leaking each other’s personal information wasn’t bad enough, Soulja Boy sent some pretty below-the-belt shots at Brown by alleging that he is simply a crackhead that uses and abuses drugs in front of his daughter. To add insult to injury, Soulja Boy also claims that this is why Karrueche doesn’t want anything to do with him.

Soulja Boy posted a video that surely may lead to a serious beat down. LOL.

“Aye CB you put this on yourself my n-gga. You started this. Now since you want to lie I’ma f-cking embarrass you; I’ma expose you. You just seen me at the f-cking studio my homies at the studio two weeks ago. Why you ain’t say nothing about this when you seen me. You snorted cocaine off the ssl board in the studio, snorting f-cking cocaine. Yeah I smoke weed; I sip a little bit of lean, but I don’t snort no f-cking coke n-gga. That’s why Karrueche don’t want sh-t to do with you. You a f-cking crackhead and you can’t take care of your daughter. Yeah you got money but you lame n-gga. Your baby mama aint got nothing good to say about you. What the f-ck you mean. Don’t act like I ain’t been to your house and been around your f-cking daughter n-gga. All you do is do drugs in front of her with hella f-cking 30, 40, 50 gang bangers in the house n-gga. You getting extorted n-gga them n-ggas don’t love you and they aint gonna ride for you. That’s what you don’t understand. You gonna get f-cked up. I’ma knock you out and I’m going to expose you,” he said.

Soulja Boy has brought Chris Brown’s baby girl, Royalty, into this now. This could certainly get ugly. They both need to seek help though.