A statement issued on Monday, May 1, by spokesperson for the command, ASP Joel Yamu said on April 22, at about 2100hrs, Policemen on patrol arrested the gang of armed robbers. 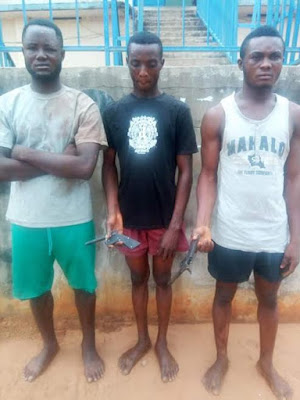 The suspects were nabbed after shooting one James Aondonenge, a motorcyclist of Logo II area Makurdi, on his thigh and back in an attempt to dispossess him of his Motorcycle when he raised alarm that drew the attention of the Policemen.
Suspects would soon be charged to court.