Robert Mugabe has finally resigned as president of the African country after 37 years in power. Mugabe’s resignation came just when the Zimbabwean Parliament was having an impeachment hearing.

According to Sky News, Mugabe wrote a letter to the Zimbabwean parliament saying he was resigning “with immediate effect.”

The parliament had resumed on Tuesday after a hiatus, planning to kick off Mugabe’s impeachment proceedings.

Instead, the session had begun with a reading of Mugabe’s resignation letter.

Crowds around the country took to the streets to celebrate the resignation, dancing and singing.

Mugabe, following a military takeover, had been expected to resign in a speech on Sunday.

Instead, the 93-year-old had said he would be leading the party Zanu-PF into their congress in December, despite being removed as its leader.

His ousted vice-president Emerson Mnangagwa is expected to take over as president.

Watch the moment his resignation was read below: 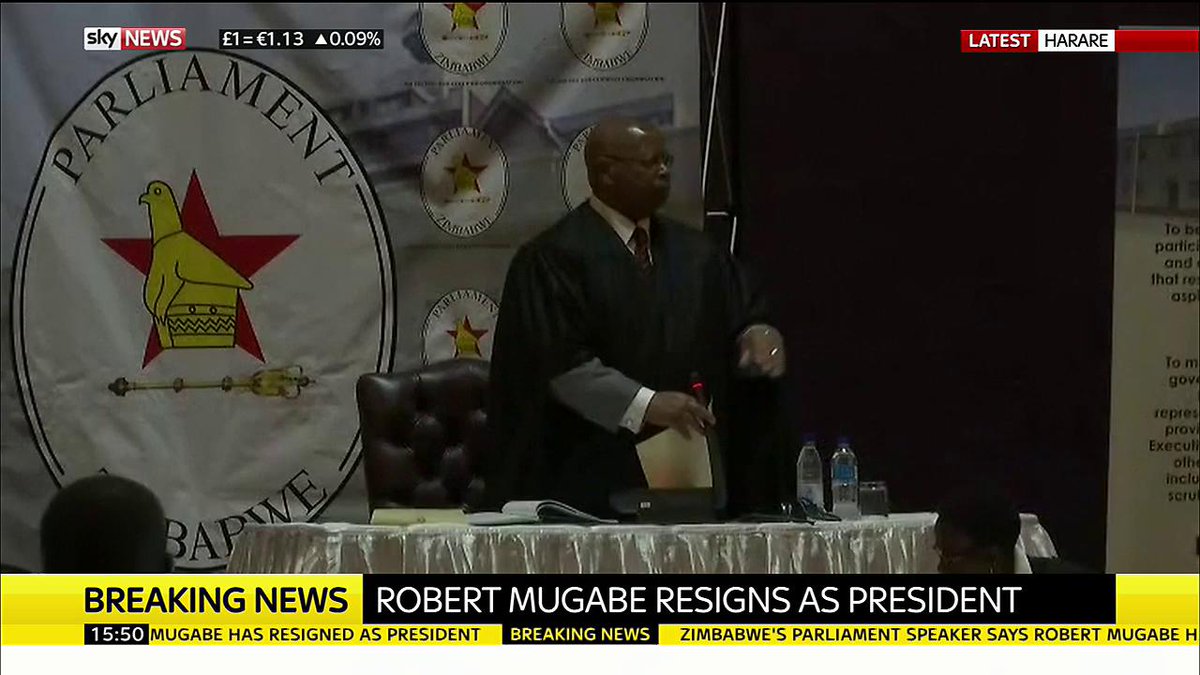 Meanwhile, wild celebrations have broken out in the streets of Harare following the announcement. Zimbabwean Veterans have earlier called on Zimbabweans to throng to the capital in a massive protest but from the looks of it, their protests would be turning into a party.