Yesterday evening 7th May, Nigerian music legend’s son, Femi Kuti, broke the world record at the New Africa Shrine, for the longest single note on a saxophone note set in 1997 by Kenny G.

It was also gathered that this was witnessed by a large audience that included Sen. Ben Murray-Bruce, the deputy high commissioners of Netherlands and The United Kingdom.

Femi, confirmed the world record via his twitter account, as music lovers have joined other Nigerians in congratulating him. 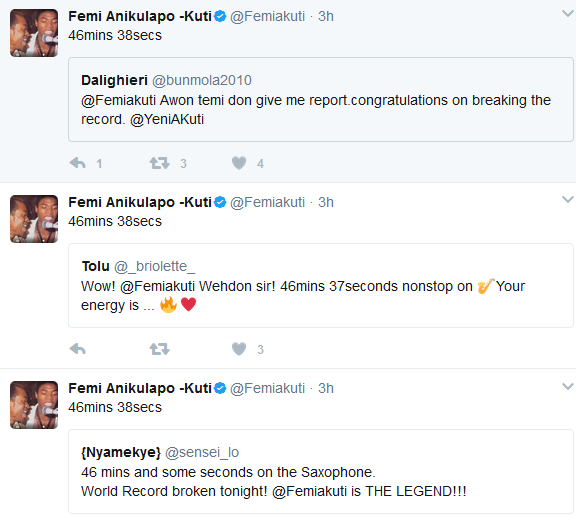