President Donald Trump has touched down in Britain for his first official visit. The US President landed at Stansted Airport on Air Force One and walked off hand-in-hand with First Lady Melania and will meet the Prime Minister and Queen during a four-day red carpet visit.

America’s Commander-in-Chief has 1,000 of his own staff in the UK and a giant motorcade led by his bomb-proof Cadillac nicknamed ‘The Beast’ as well as multiple helicopters including Marine One to fly him around.

The President and his First Lady were met on the tarmac by US Ambassador Woody Johnson and UK Trade Secretary Liam Fox before he was whisked off to Mr Johnson’s house near Regent’s Park. 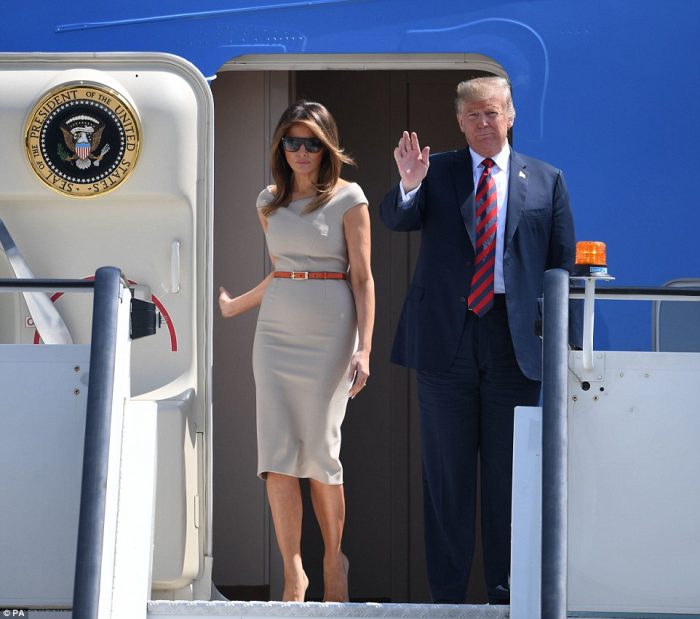 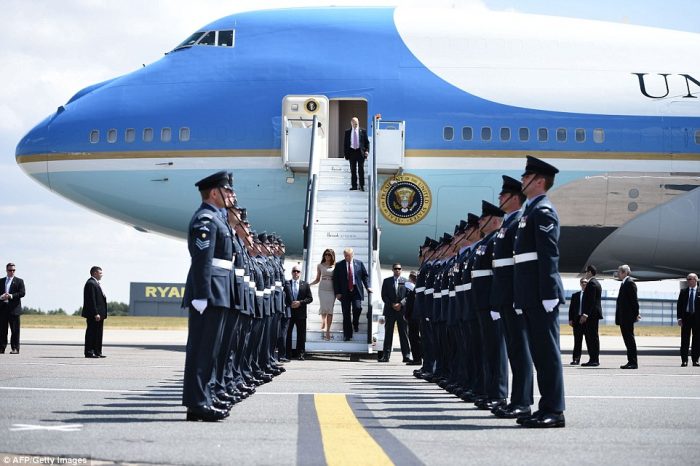